I know it’s been a while since the last “Music You Need in Your Life” post. Sorry. But I need to tell you about 23-year-old Chance the Rapper, if you haven’t already heard him. He’s been working his way up in the hiphop world the last few years, just releasing his third mixtape, Coloring Book. “Mixtape” because he releases his albums for free. He refuses to sign with a label and refuses to sell his music. A truly independent artist that wants to control all aspects of his music, promotion, and brand. 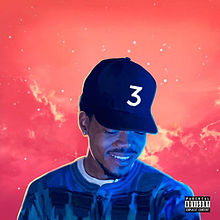 It’s pretty impressive how much he has accomplished while staying independent. He’s had incredible verses on Kanye’s last record (and co-writing numerous songs), Macklemore’s last record, Lil Wayne, Skrillex, Action Bronson, and many others. He was the first independent artist to perform on Saturday Night Live. He released a free experimental jazz/hiphop album with Donnie Trumpet & The Social Experiment titled Surf. Well, let me stop talking about him and show you some music.

I guess we can start with a song off his newest mixtape. The song, “Angels,” is a lot about his love of Chicago, his daughter and a lot of other things. I love the shots of him on top the el:

We can work our way back in time. This next song is the first song I heard him rapping on. I had to do some research to figure out who was rapping because his name is nowhere on the Surf album. I fell in love with how much ease, how much emotion he can put in his rapping. It’s joyful, it’s truthful, it’s incredible. Plus, the video is a lot of fun. Here’s “Sunday Candy:”

How about a live performance? He always changes up his tracks a bit when he performs. Let’s let Chance take us to church with his performance on Jimmy Fallon:

“I don’t make songs for free, I make ’em for freedom.”

One thought on “MYNIYL – Chance the Rapper”