It doesn’t feel real to be this close to the end of the 100 greatest novels list. I truly can’t believe how close we’re getting. Today, I’m talking about three more: 91-93. Let’s go. 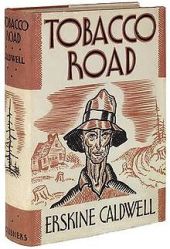 The first two novels we’ll be talking about were really quick reads from authors that I weren’t familiar with, both set in the Great Depression. First, we have this novel by Erskine (what a name!) Caldwell. Set in rural Georgia, the story follows a family of sharecroppers as they sink deeper and deeper into poverty and starvation. We meet an interesting swath of characters throughout the book. They’re all ignorant, stubborn and blindly religious. All the events are driven by their stupidity and are completely unnecessary. The dialogue is incredibly simplistic. The story is quick and fatalistic. Overall, I’d give it a big, “Eh…” 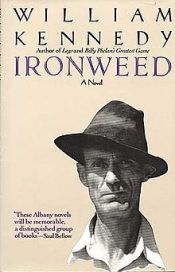 Our second Great Depression novel, but this time in the North. Set in Albany, New York, this story follows an alcoholic homeless man when he returns to his hometown. He originally ran away because he accidentally killed his infant son. As he walks around his hometown looking for places to sleep, food to eat and quick jobs for a few bucks, he’s confronted with his past. He has hallucinations of deceased people from his past. Family members, people he killed and others all want to confront him. His mistakes with his family are weighing on him. His involvement with labor protests and strikes are being relived. And this all happens amongst more drinking and freezing nights on the street. This novel is the third book in a cycle of novels about Albany and I enjoyed it enough to want to read the other two. Maybe someday soon…

The Magus by John Fowles 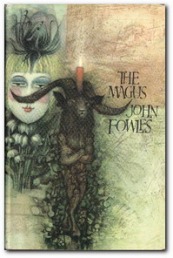 So this book. I don’t even know where to start. It’s been a long time since I’ve read something so intriguing, so frustrating, so pretentious, yet so enjoyable. Some pages I hated it, I hated Fowles with a passion. The next pages I would think he’s a genius, one of the greatest authors of the twentieth century. But let me try to tell you a little about this book itself. So the story’s following this British dude named Nicholas Urfe who’s teaching English on a small Greek island. While bored and roaming around the island, he meets this rich eccentric named Maurice Conchis. While hearing the story of Conchis, Nicholas starts seeing ghosts and events from the past being performed. Assuming Conchis is playing some performance art of a game, he goes along with all he sees. Overtime he becomes more and more involved with the games until he’s a “performer” himself. I’ll let Wikipedia’s plot summary explain a little more because it’s written so well:

Nicholas is gradually drawn into Conchis’s psychological games, his paradoxical views on life, his mysterious persona, and his eccentric masques. At first, Nicholas takes these posturings of Conchis, what the novel terms the “godgame,” to be a joke, but they grow more elaborate and intense. Nicholas loses his ability to determine what is real and what is artifice. Against his will and knowledge, he becomes a performer in the godgame. Eventually, Nicholas realises that the re-enactments of the Nazi occupation, the absurd playlets after de Sade, and the obscene parodies of Greek myths are not about Conchis’ life, but his own.

The further I went into the novel and Nicholas into the godgame, the more mysterious it all became. Everything was a lie, everybody’s performing. Every page proved the previous page wrong. Every event was more real and more absurd and more false than the last. Combined with hundreds of references to Greek mythology, British playwrights, French philosophers and other, this all becomes incredibly pretentious and frustrating. But what an adventure, for Nicholas and the reader.

So this brings us to #94, Wide Sargasso Sea by Jean Rhys. We only have two or three more blog posts left in this list. What will I do then!?