So bringing us to eighty of the 100 greatest novels, I’ve finished three more books. All three by British authors but with very different stories. The books take us from India to Italy, back to England, a few paragraphs in North and South America, back to England a few more times. A chapter or two on a large passenger boat, plenty of chapters on religion, and a few too many chapters on British people being proper and what shenanigans that causes them. Anyways, let’s get to the individual books. 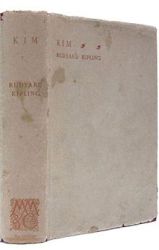 This was a really interesting, really fun book. Following the adventures of Kim, an orphaned son of Irish parents who grows up in India in the late 1800s and spends his childhood begging and running errands, the story is an incredible description of India during this time period. Through Kim’s travels we meet all types of people that make up the varied world of India. All religions, all socioeconomic statuses, and all cultures of this geographical area are represented throughout the novel. Kim begins his adventures after he meets a Tibetan Lama and becomes his disciple. Even though Kim isn’t necessarily religious, he helps the Lama in his quest to find a legendary river. Through this adventures, Kim is exposed to The Great Game, a historical conflict between Russia and England in Central Asia. He ultimately is separated by his Lama, sent to a British school, and becomes part of the spy games of this conflict.

This novel was fascinating because of what the story focuses on and how it finally ends. Throughout the story we get plenty of deep discussions of religion, politics, and what it means to be certain cultures. The political aspect of the story is riveting but always takes a back seat to the Lama’s simple desire to find this legendary river that will free himself of the Buddhist cycle of life. Each conflict could easily become a focal point of the political story or the religious story. Or both, or neither. And let’s just say the ending is incredibly…Eastern. If you’ve read any Eastern literature, I think you’ll understand what I’m hinting at. 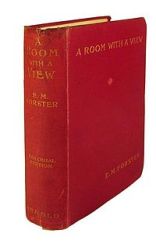 A Room With a View by E. M. Forster

So this novel is finally the point in the list when I’m completely tired of reading about the damned British and their damned proper manners and how following these manners perfectly gets them into all kinds of trouble. There has been so many books about this throughout this list, some better than others. And this one really wasn’t bad…it’s just when I hit my limit, I guess. They all happen around the turn of the 20th century, they all have characters who love somebody they aren’t supposed to love because they’re from a different class, and they all have characters who don’t follow the rules of what British people are supposed to do in society and that just spoils everything. How dare they!?

Anyways, this book was okay. Easy to read, nothing special. But I just don’t want to read about proper British people refusing to follow their desires or whatever because of societal demands. Who cares? 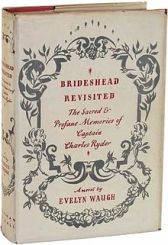 This is the third novel by Evelyn Waugh on this list. The first was A Handful of Dust and the second was Scoop. I really, really liked both of them. They were hilarious reads and so much fun to go through. That said, I really wasn’t in the mood to read another British novel after the above mentioned Forster novel. And to my chagrin, this novel isn’t a humorous story like his others. And yet, it still was a really great novel. I don’t think I’ve ever read a book where every few chapters I decided the point of the novel was something different. A theme is usually clear from the very beginning or left vague till the end. This novel had a new theme every few chapters. And it was so enjoyably to move around themes.

When I first started reading, the main character is a soldier during WWII. Cool, a war novel. I haven’t had one of these in a while. A few paragraphs later, he starts reminiscing about his time in college. Okay, so this is a coming of age story. I can get behind that. Well, a few chapters of that and we start learning about the character’s best friend’s spiral into alcoholism. And it was really well written. There hasn’t really been a novel dealing with alcoholism on this list and I think it’s important to discuss. After a thorough investigation into that, we move on to early adulthood stagnation. Then a story about a traveling artist (still the main character). Then a love story between two married people (one of them being the main character). Then the end of a family patriarch and the aristocratic family he represents (not the main character or the main character’s family). And amongst all this, a hefty sprinkling of religious discussion, particularly about Catholicism and it’s place in the lives of modern people.

Really, I have never read a book that tries to cover this many issues, this many stories, and overwhelmingly succeeds. I was blown away by how coherent the narration is, how consistent the story is, and how thorough all the above issues are dissected. And all in an impressively normal sized novel (a little over 400 pages). Bravo, Evelyn Waugh. Bravo.

Well, that brings us a little closer to the end. Next is The Adventures of Augie March by Saul Bellow. Until next time!